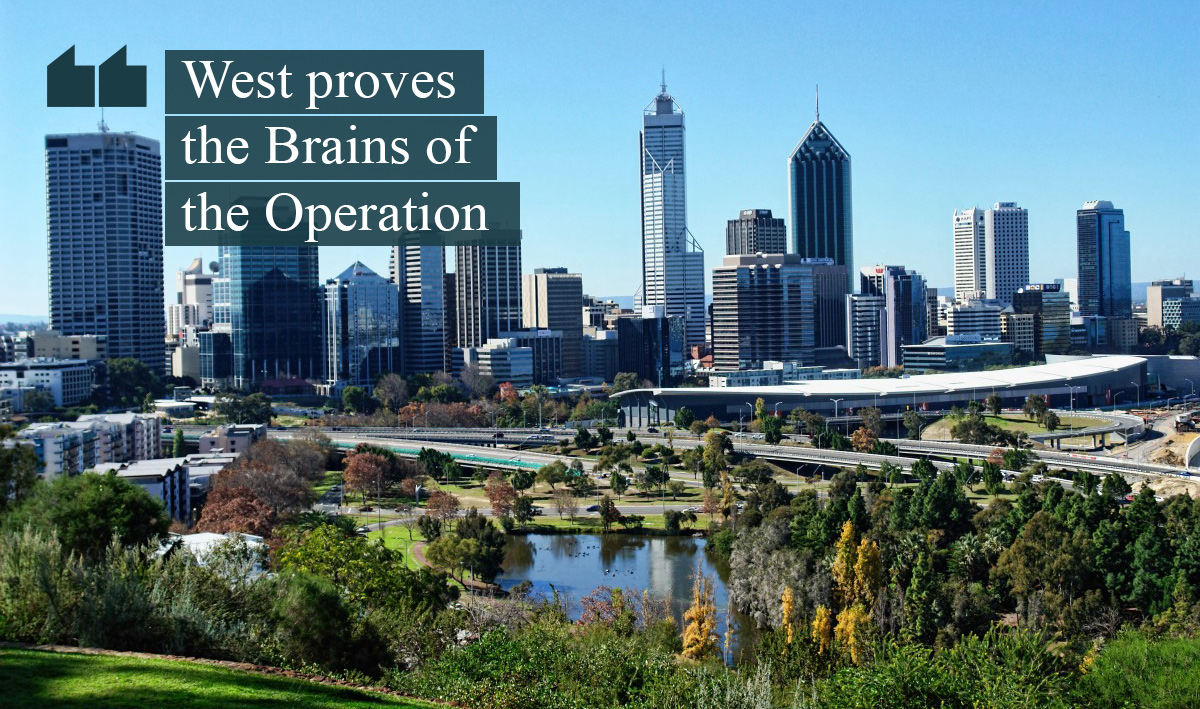 Western Australia is experiencing something of a brain gain with workers from the Eastern States flooding here as WA benefits from it's stability and success in combating the coronavirus.

In a reversal of the more typical brain drain from WA, skilled labourers are heading here with thousands of jobs created over the past few months. The number of people seeking new roles in Perth has rocketed 72 per cent, boosted by overseas interest.

Business is booming, particularly in the mining, construction and property sectors, and this has not gone unnoticed across Australia.

"We've certainly seen a big return of people from the Eastern States over the past two or three months due to the job prospects here," WA Real Estate Institute president Damian Collins said.

The return of qualified workers stands in stark contrast to the drastic loss of talent in the years after the mining bust.

Over 600 East Coast based team members ... relocated to WA.

Skilled migration into WA halved between the 2007-11 and 2012-16 census periods, according to data from the Australian Bureau of Statistics.

Mr Collins noted that families, singles and couples were moving back to the State, and expected the pace would be maintained for another six months.

However, he said, after this influx WA would need international immigration to kick in again to boost the population.
Australian citizens working in Hong Kong, Singapore, Britain and the US have also been returning to WA in droves, according to global recruitment agency Michael Page.

The number of people seeking jobs in Perth increased 72 per cent in the last quarter of 2020 compared with the same period in 2019, Michael Page's Australian regional director, Brodie McDougall said.

"Out of all the States, WA is by far receiving the most interest from job seekers," Mr McDougall said.

Senior finance, IT and engineering were the most commonly sought-after positions.
Demand for technical mining roles has also surged significantly, according to specialist recruitment group Technical Resources.

Technical's chief executive, Matthew Iustini, said the thriving iron ore industry and the large number of long-term mining projects that had emerged made Perth a desirable place to relocate.
After facing two redundancies during the COVID-19 pandemic while working in Melbourne, talent manager Jodie Graves decided to move back to Perth in October.

"There were so many more job opportunities in Perth, and opportunities I'd never seen before. Businesses were growing and thriving here and there was so much uncertainty in Melbourne," she said.
Ms Graves had lived interstate for two years and initially moved in pursuit of better job prospects. She managed to land a position as a talent manager for mining companies immediately on return to Perth.

The mining giants have been a prominent driver of bringing interstate workers to WA, with many making investments to set them up permanently. Fortescue Metals Group chief executive Elizabeth Gaines said because of the COVID-19 outbreak more than 600 east coast-based team members were temporarily or permanently relocated to WA.

"In response to the COVID-19 outbreak, we have worked -actively with team members who choose to live outside the State, to provide them with the option to relocate to Western Australia, including a relocation allowance for those who choose to move permanently," she said.

Rio Tinto hired more than 2000 people in WA this year. It introduced protocols so new hires must be WA-based, meaning people in the Eastern States would have to relocate. As a result of the number of people moving to WA, freight services are at record levels.

Australia's biggest private rail freight operator, Pacific National, increased its services in October to meet heightened demand and expected the changes to stay in place. "We are currently operating approximately 20 services from the Eastern States to WA each week," a company spokeswoman said.

Each train is about 2km long and hauls thousands of shipping containers a week. Perth-based · interstate removalist Clarke Davies of Budget Self Pack Containers said it was the busiest he had seen. "We are having to put containers into storage because of the delays getting them on trains," Mr Davies said.