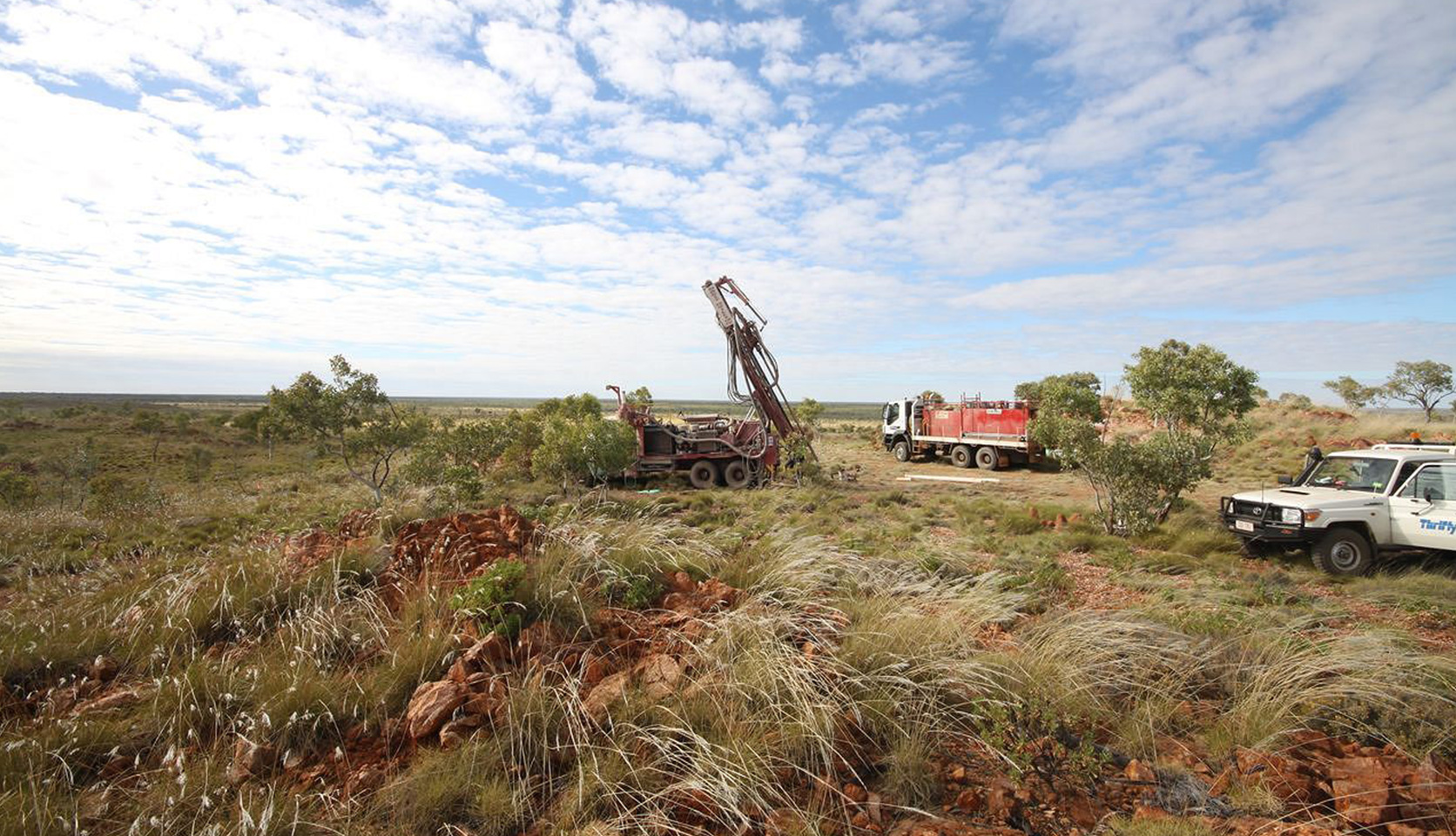 Supplies of a rare metal critical to building electric cars, smartphones and modern wind turbines will be boosted, after researchers identified a way to find new reserves of the mineral.

Associate Professor at JCU's Economic Geology Research Centre Carl Spandler said the metal would be critical to future improvements in the growth industries.

"Dysprosium in particular is an essential component for magnets for turbines and electric motors," he said.

"Adding a little bit of dysprosium to the magnet allows the magnetism to be retained, even at very high temperatures."

The current market price for dysprosium is $US235 a kilogram, having reached an all-time high of $US2,262 a kilogram in 2011. 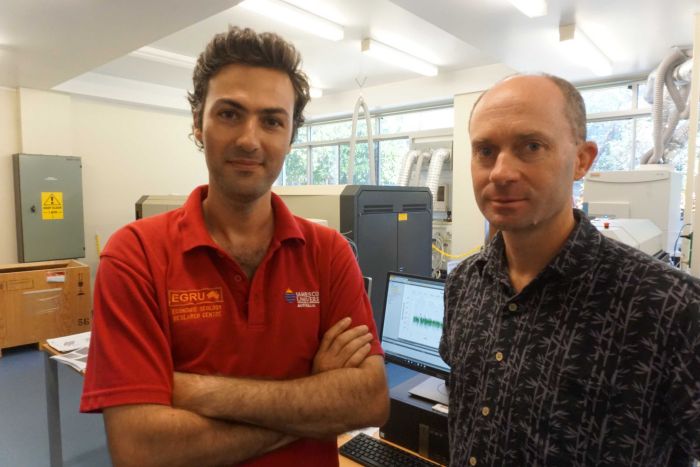 The research, which was published in September, analysed drilling samples came from the Northern Minerals' Browns Range project, a mining lease covering some 3,500 square kilometres of the Tanami Desert east of Halls Creek and across the Northern Territory border.

Dated to 1.65 billion years ago, analysis of the rock has provided clues about geological sites likely to contain further deposits of the metal, often associated with uranium ore.

PhD student Teimoor Nazari-Dehkordi said the find would diversify known deposits of the important metal, currently controlled by China, which produces 98 per cent of the world's supply.

"Now we are at a position where we can say these are really new deposits, no-one expected before," he said.

"We've shown that a large proportion of northern Australia has potential to contain these minerals."

"We believe that these deposits are not related to any magmatic activities in the local area," he said. 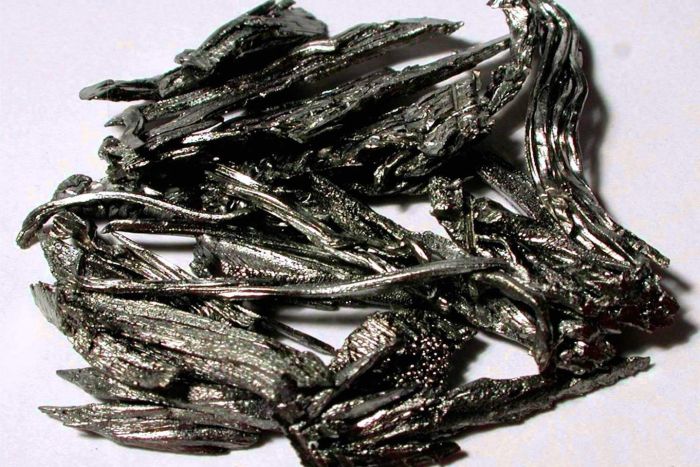 Dysprosium is a rare earth element used in magnets because of its resistance to demagnetisation at high temperatures.

"There are already reports of this type of ore mineral happening in other places, for example in parts of Canada there are very similar geological settings."

"It's good to know that Australia has the potential to soon become a major producer."

"These areas have already been explored for uranium, but the potential for rare earth element deposits was generally not considered at the time," Mr Hayman said.

"In volcanic-associated deposits the behaviour of rare earth elements is well understood, however, the ability of fluids to dissolve, transport and precipitate REE's is extremely poorly understood.

"This study provides strong evidence for the role of fluids in the formation of rare earth element deposits, including more specific details about the types of fluids needed, for example amount of salinity or pH."

Dr Hayman said the research could be important in providing future supply certainty to manufacturers of batteries and green technology of the future.

"Rare earth elements are considered strategic commodities and are an essential part of our modern society," he said.

Professor Spandler said knowledge of how the orebody formed meant future exploration for the mineral would be much more precise. 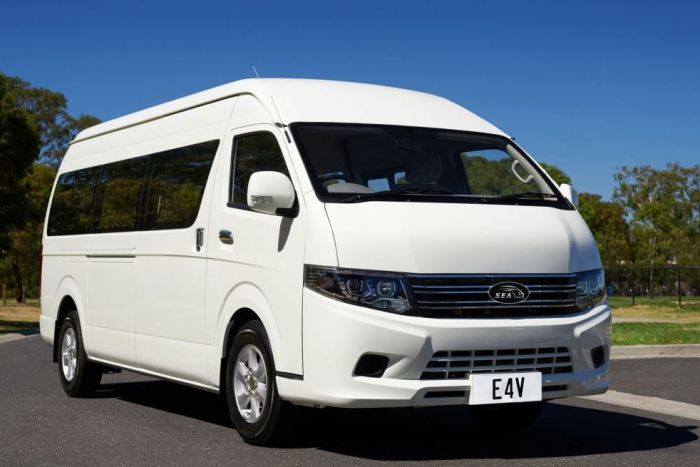 Australian electric vehicle sales grew by 160 per cent last financial year, leading the Australian Energy Market Operator to tip 19 per cent of the nation's cars will be electric by 2036/37.

The Chinese monopoly over supply of dysprosium has led to worries from global industries reliant on the metal in the past, with prices fluctuating to date.

In 2015 China was forced to abandon export quotas to control global prices for rare earth minerals after a World Trade Organisation ruling.

"I think the demand is going to go up rapidly; it's considered one of the most critical metals in terms of supply risk that we have at the moment," Professor Spandler said.

"As we see things like electric cars becoming much more common and the push towards green energy, with things like wind turbines, the amount of dysprosium we're going to need is going to go up."

At the same time, restrictions on the environmentally damaging exploitation of known deposits could see supplies reduce, affecting global markets.

"They essentially strip-mine the surface — it's caused the loss of a lot of agricultural land, as well as environmental damage," Professor Spandler said.

"The Chinese have actually clamped down on that, which is contributing to the supply risk." 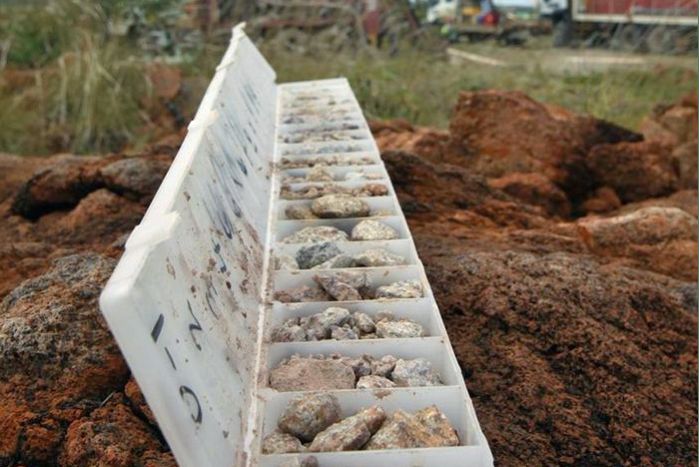 A sample of the rare earths being found in the Halls Creek region.

Northern Minerals managing director George Bauk said the finding of the JCU team had already led to the discovery of further deposits.

"We've had a great find this year; it was associated with the setting that was discovered as part of that [JCU] research," he said.

Currently 50 tonnes per annum are produced by the pilot mine at Browns Range, which will double in the next two years with new ore-sorting technology to be installed.

"That's getting in the order of the 15 per cent mark in global production," Mr Bauk said.

"Don't underestimate the size of the Chinese market when it comes to electric vehicles, you've got the South-East Asian markets, German market, and also the US market."

Mr Bauk said that, in the past, rare earth minerals were discovered by accident while prospecting for other products, but the new research was opening doors for miners.

"It's only recent times when you're starting to get these pieces of research work to look at modelling of how you try to discover and better target rare earths."