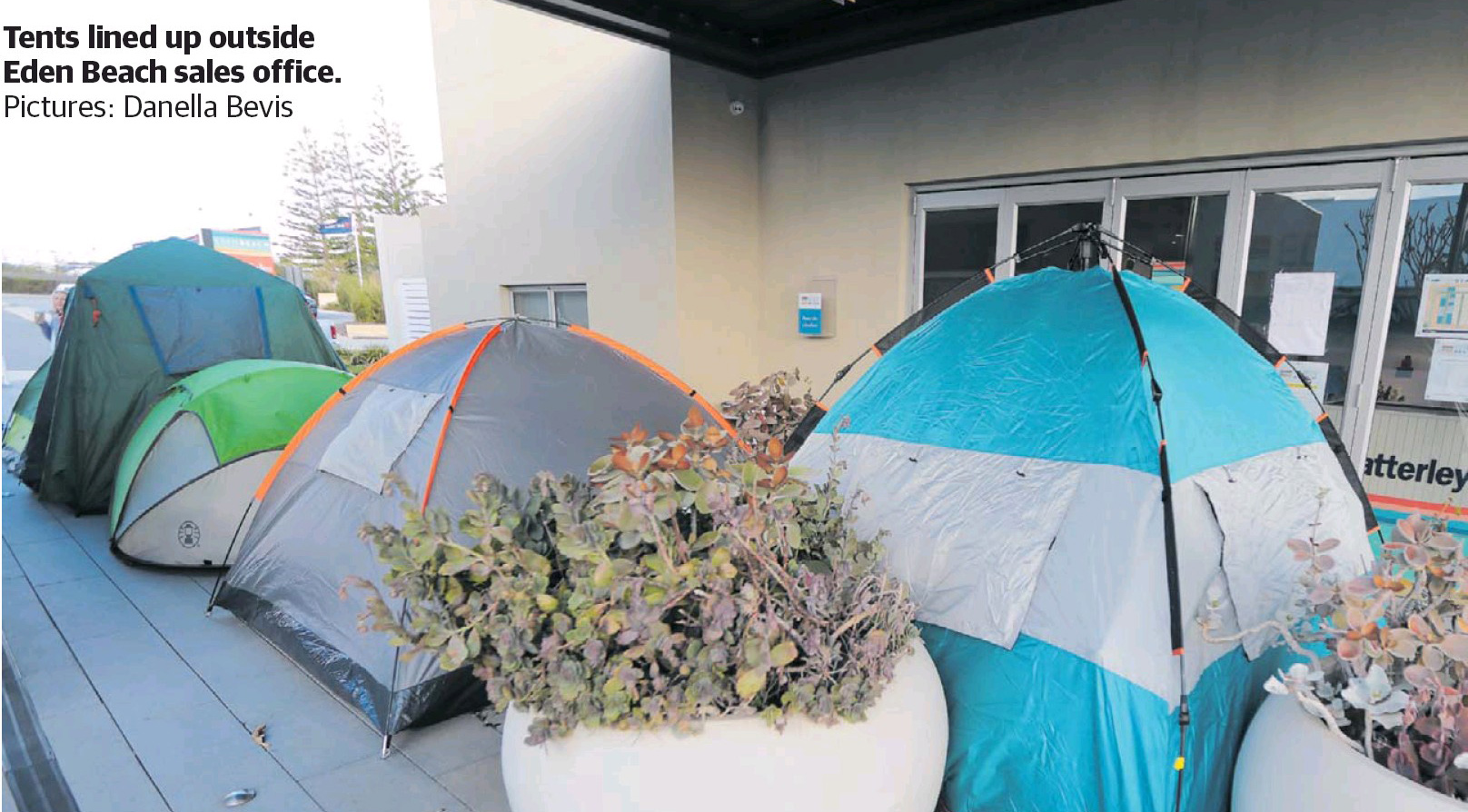 People are camping out for blocks of land like it’s 2005 again, with buyers pitching tents outside the Eden Beach sales office from Wednesday for lots to be released today.

The would-be buyers have camped through gusty winds, heavy rain and frosty temperatures for the beachside lots, which are sold on a first-come, first-serve basis.

The consumer frenzy has been pinned on the generous State and Federal building grants worth $45,000 – or up to $55,000 for first-homebuyers—which has driven demand to heights not seen since mining boom.

By yesterday afternoon, four tents had been set up outside the Satterley Group’s Jindalee sales office. The first was pitched three days ago on Wednesday and several more were expected to join them overnight. The Satterley Group said it did not condone camp-outs over safety concerns. But it had organised overnight security officers to protect campers.

Satterley spokeswoman Ashleigh D’Alessandro credited both the popularity of the beachside estate which had 18 lots on offer, and the grants for the queue of buyers.

She said sales staff were working up to 18 hours a day to meet new inquiries and sales.

“Our estate managers have been inundated with inquiries and we definitely haven’t seen this level of demand since the boom years,” she said. “There has been about 50 to 60 groups through our offices and our sales representatives are receiving up to 100 calls a day.”

The Eden Beach blocks are listed for less than $350,000, so are likely to meet Federal grant criteria for the value of the house and land to not exceed $750,000. Ms D’Alessandro said Satterley last had campers in 2013-14 but building broker Tristan Kirkham said these kind of campouts have not been a regular occurrence since 2005.